The 2023 Marucci CATX aluminum, hybrid and composite baseball bat lines are the culmination of over twelve years of baseball bat innovation and mark the latest addition to the CAT series that started back in 2009.

Like its predecessors, the CATX incorporates the latest technology and strongest materials available to produce the hardest hitting bats to date. Since the CAT5, each model spent two years in research and development, and each has offered an upgrade over the previous model.

The CAT line has evolved into one of the hottest baseball bats in the game and below takes a look at the innovation that went into each model.

2009 was a much different time in amateur baseball. The BBCOR era had not yet begun, and BESR certified -3 bats were still thriving. It was in that year Marucci introduced its first alloy bat, the CAT5. Named for a “Category 5” storm, the strongest-grade storm classification, the CAT5 boasted the strongest alloy at the time, AX05, and featured our original anti-vibration knob.

Performance reviews were off the charts for the CAT5, validating Marucci as a viable aluminum bat producer to complement the sterling reputation of our wood bats.

The dawn of the BBCOR era brought with it huge challenges for every aluminum bat manufacturer, who would not only have to adjust bat designs to meet the new performance standard, but also repurpose thousands of units of obsolete BESR inventory to avoid massive losses.

The most cost-effective solution was to retrofit old BESR bats with internal rings or governors that would allow those designs to meet the new BBCOR standards. Slap on some fresh new colors, change the name, add the BBCOR stamp, and boom, problem solved.

But remember, Marucci is not like other bat manufacturers.

Being new to the aluminum bat market and the unprecedented success of the CAT5, Marucci found itself without much leftover BESR inventory, allowing a totally new design to emerge that not only met the BBCOR standard, but did so without creating any “dead spots” created by internal rings or governors.

Briefly speaking, rings inside the barrel are used to decrease the massive trampoline effect possible with thin, BESR-grade alloy walls, allowing older designs to meet new BBCOR performance standards. However, the tradeoff is those internal governors prohibit the spaces they occupy from bending, resulting in a “dead” feeling when contact is made on those spots.

With the innovation of the AZ3000 alloy, a stronger material than the previous AX05, Marucci was able to craft a barrel design that met BBCOR standards without any internal rings or governors. With the first ring-free BBCOR barrel and an upgraded anti-vibration knob, the CAT5 Squared took off as one of the hottest aluminum bats on the market.

The ring-free barrel design became the staple for Marucci bat construction, and the AZ3000 alloy was still the strongest alloy available in 2014. Marucci stayed true to what players wanted and needed, and released the CAT6 with an extended, optimized barrel with no dead spots, constructed from the durable, high-performing AZ3000 alloy.

With the optimized barrel wall thickness and the patented anti-vibration knob taking on two ounces of weight, the one-piece CAT6 had a more balanced feel, resulting in faster swing speeds. For two years, the CAT6 was on fire, spreading throughout the entire U.S., making Marucci aluminum a force to be reckoned with.

With all the success of the CAT6 over a two-year period, it may have been easier to just re-paint it and sell as new, right? Wrong.

After years of research, testing, and consulting the game’s best players, not only did we improve the hottest bat in the game…we added another one.

The 2017 CAT7 and CAT7 Connect featured an upgraded, AZ4X alloy, the strongest in the Marucci arsenal at the time. With the increased tinsel strength and higher response rate, the new alloy allowed a barrel design with up to seven variables of wall thickness with no rings or governors. More variables means a larger area of thinner wall, otherwise known as the “sweet spot.” In fact, the CAT7 barrels have a sweet spot that’s DOUBLE that of the CAT6. Talk about upgrade.

The CAT7 matched one-piece alloy construction as the CAT6, giving that hitter who loves bat speed and contact the balanced feel he needs. However, the patented AV2 knob features a finely tuned and upgraded harmonic dampening system for a better feel and less negative feedback.

To meet the needs of the hitter who prefers the feel of a two-piece hybrid bat, we created the CAT7 Connect with a carbon composite handle and power-balanced, AZ4X alloy barrel optimized with double the sweet spot of the CAT6. We also used the opportunity of a two-piece design to improve our SDX, or shock-dissipation connection technology that provides hitters a smooth, solid feeling by dismissing vibrations at contact.

The 2019 CAT8 alloy, hybrid and composite bat lines offer every player at every level the hardest hitting, most forgiving Marucci bats to date.

The barrels of the CAT8 and CAT8 Connect are constructed using AZ105 alloy, Marucci’s newest and strongest aluminum, an upgrade to the AZ4X. Because the AZ105 aluminum is a stronger aluminum, we were able to engineer higher performance at the sweet spot and also thinner walls near the taper and the end cap. Thinner walls in these off-centered areas created more forgiveness and higher performance with the same durability as the previous AZ4X alloy.

Compared to the original SDX found on the CAT7 Connect, the SDX EXT creates a stiffer connection, which allows for more energy transfer from the player to the ball, resulting in greater performance. 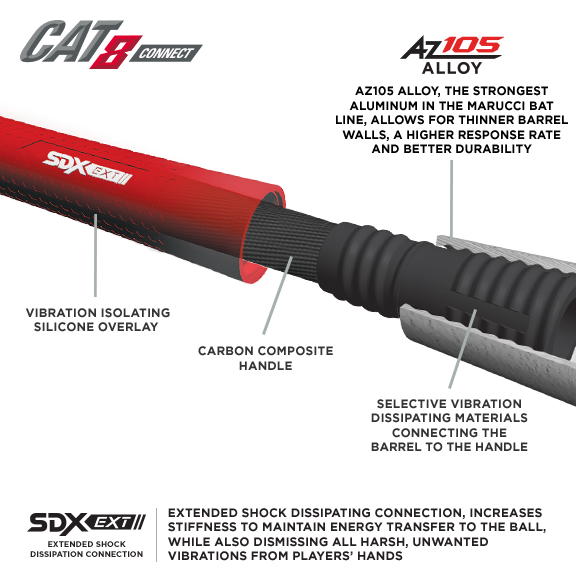 Additionally, the SDX EXT features a triple shock dissipating design that incorporates three levels of shock absorbing and dissipating elements compared to only one level found in the original SDX and CAT7 Connect.

Like the CAT7, the CAT8 keeps the patented AV2 anti-vibration knob and a precision-balanced barrel for bat speed and control. The CAT8 Connect, like its predecessor, keeps the power-loaded barrel, giving it the top-heavy feel power hitters love.

New to the line is the CAT Composite, a two-piece composite crusher featuring the SDX EXT connection technology and the ring-free barrel construction, leaving no dead spots along its extended barrel profile.

The CAT Composite is available in USSSA certified -5, -8, -10 and Junior Big Barrel.

The 2021 CAT9 and CAT9 Connect offer athletes the most responsive bat in the CAT9 bat line to date. 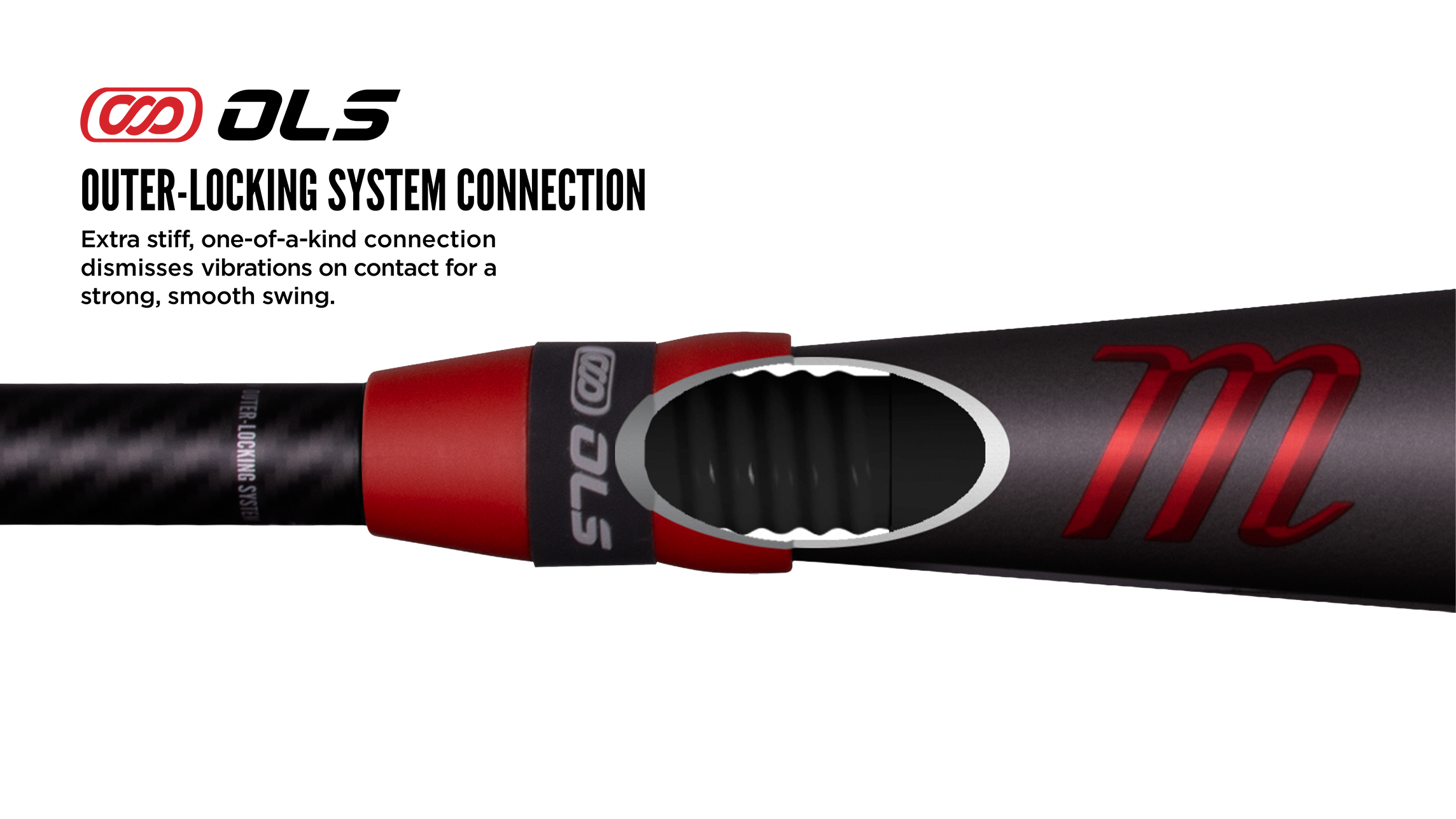 The CAT9 utilizes our patented 2nd Generation AV2 Anti-vibration knob. This knob features an upgraded dampening system for better feel and less negative vibrational feedback as well as adding an additional 2 ounces below the hands. These extra 2 ounces below the hands allows for the bat to swing lighter and give more control to the batter. 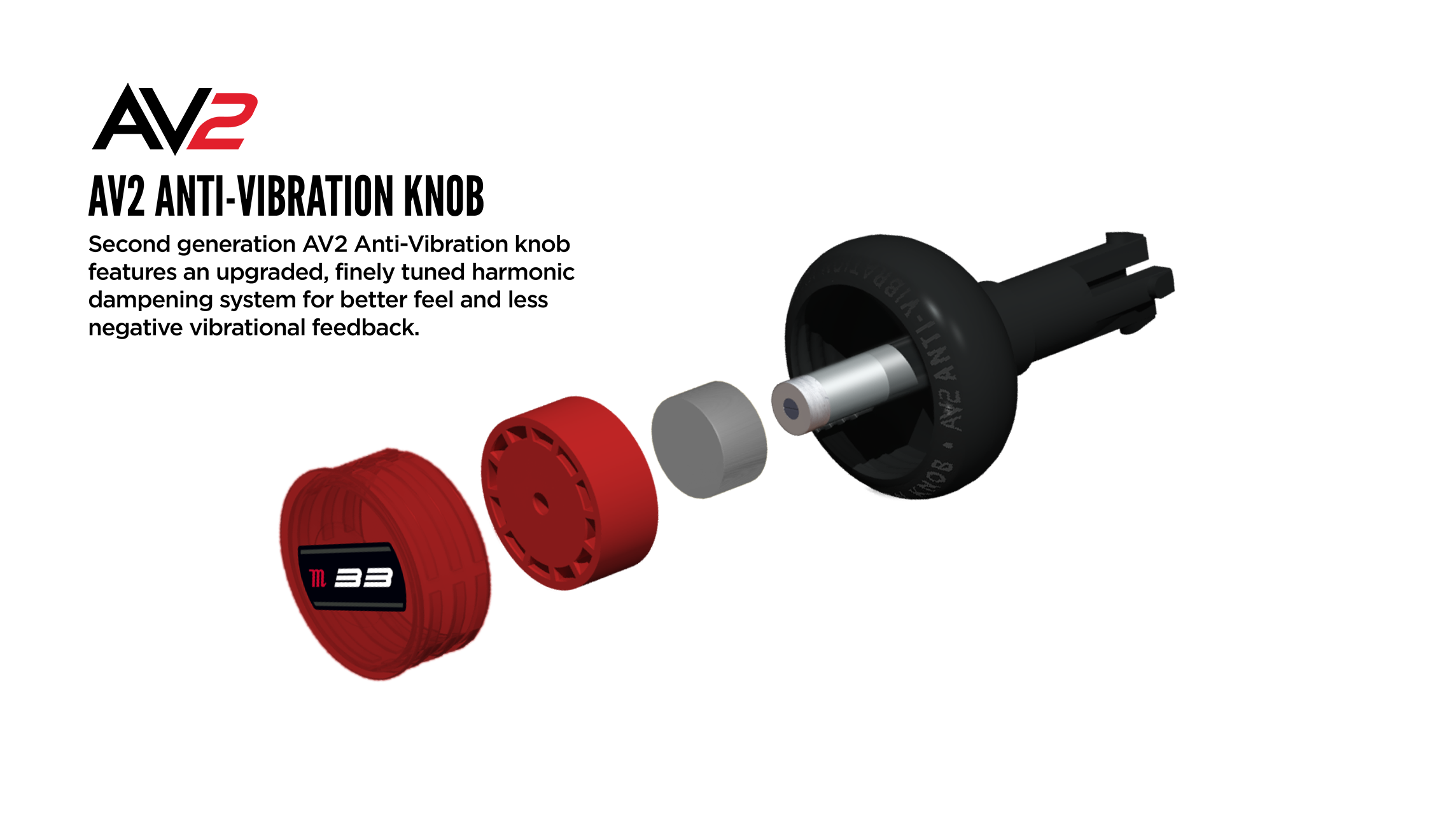 The 2023 CATX, CATX Connect and CATX Composite is the largest generational change within the CAT line.

The one-piece model features a new Liquid-Gel anti-vibration technology that reduces and absorbs vibrations quicker and more effectively than the previous AV2 knob. 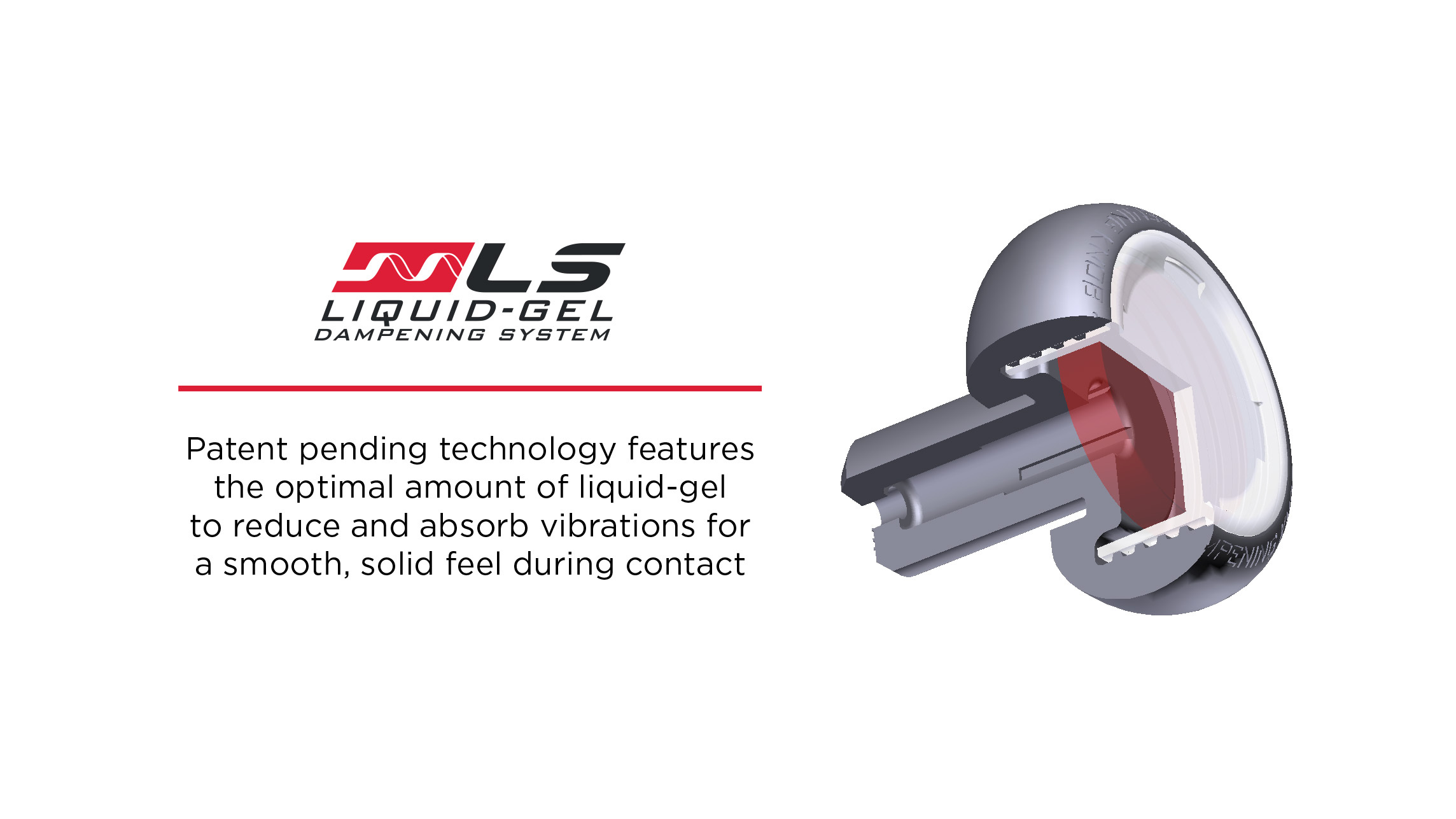 Our CATX Connect and CATX Composite still feature the one-of-a-kind Outer-Locking System, featured on the CAT9, but a new S-40 composite handle was added to transfer more energy faster from player to ball for increased performance. 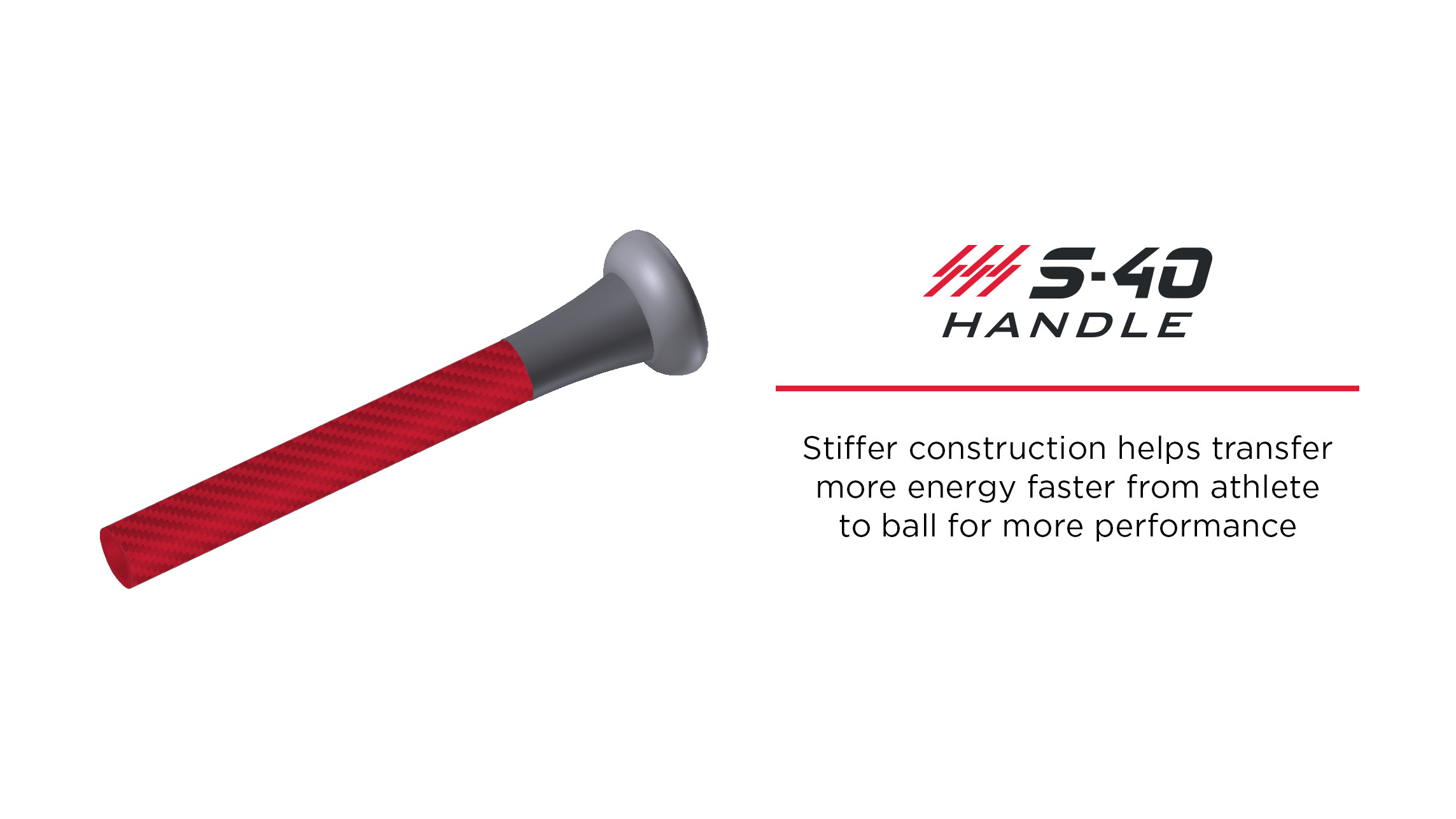 Overall, the CATX line is more balanced than ever. With data from the Baseball Performance Lab, 90% of athletes performed better with a balanced design, so re-shaping the barrel profiles by moving the balance point 1” closer to your hands on the CATX and .25” on the CATX Connect helps distribute weight more evenly.